skip to main | skip to sidebar

Yes, Mom, I should stop harassing my sister...

Posted by Rita R. Carreira at 7:26 PM No comments:

Posted by Rita R. Carreira at 7:22 PM No comments: 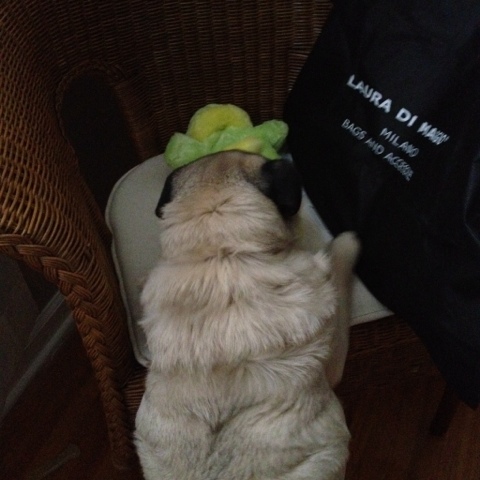 Posted by Rita R. Carreira at 7:00 AM No comments:

Look at how crazy I look before my Mommy gives my antibiotic pill wrapped up in lunch meat.
Posted by Rita R. Carreira at 2:48 PM No comments: 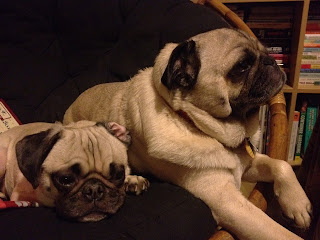 What else can we do? Just sit on our favorite chair waiting for treats to walk over to us and get into our mouths. This waiting, kills us, though...
Posted by Rita R. Carreira at 7:19 PM No comments:

You have to go, really?

Mom came home for lunch and when she opened the door I realized that it was a glorious day--the bone Gods were definitely on my side. After lunch and taking care of my business, I grabbed my buddy, Froggy, and out the door we went to find a sunny spot it the yard, and believe me we had lots to choose from.

Just as I was about to get comfortable, Mom called us in because she needed to get back to work. I tried to convince her to let me stay out but she offered to bribe me with treats and who am I to refuse a treat or two or even three? 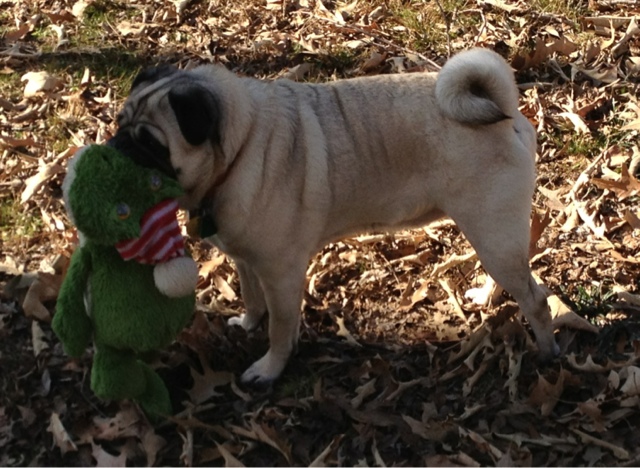 Posted by Rita R. Carreira at 1:02 PM No comments:

Wow, can you believe it's already 2012? Where did 2011 go? If I were a hunting dog, I'd try to find it. Well, in 2011, we moved to a different state. We are now in Memphis, home of Elvis and of BBQ. By the way, I still have not been able to convince my parents to let me try some BBQ or even chew on a few BBQ bones. Apparently, we are not allowed to chew on cooked bones--what a stupid rule, if you ask me.

We started 2012 with my brother Chopper suffering from diarrhea. I know, very, but very gross... You probably remember that my little brother Chopper has an enlarged esophagus and has to be on a special diet, which consists of FreshPet food. It was very confusing to try to figure out what to do for a poopy Choppy, but we finally settled on some boiled rice mixed with some of his FreshPet food. He's been doing pretty good, so I think that fixed him.

I've been pretty good myself, although I did have a wicked seizure about a week ago. It was a two stage seizure. My mom came home for lunch to feed us and I was sound asleep. I guess I must have been startled because by the time she came in, my muscles had gotten very tight and I collapsed on the floor (I have local epilepsy). Mom, of course, held me while it was going on and, after a few long minutes, I was as good as new, or so I thought.

When I went outside to do my business, the second part of my seizure hit and I collapsed again, this time under a bush in the backyard. Luckily, it did not take long for mom to come check on me and Choppy and she found me and carried me inside. That was a bit tough, because I'm a 23 lb pug and my mom is one small lady, but she managed. So then she held me again and this time, the seizure did go away permanently.

I don't like having seizures but if I go many months without having one, then when I have one it's really big. If I have them more frequently, then they're smaller. Either way, I get screwed. But not as screwed as my sister Stella, she has general epilepsy and she even has to take medicine for it.

Well, enough of sad pug stories. I just wanted to wish everyone a great 2012. 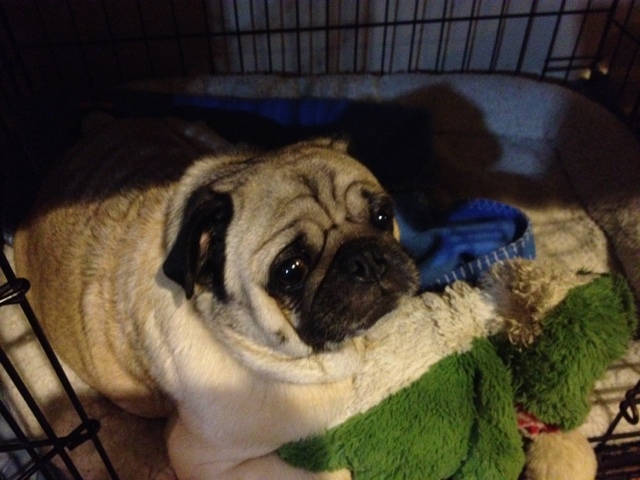 Posted by Rita R. Carreira at 8:04 PM No comments: 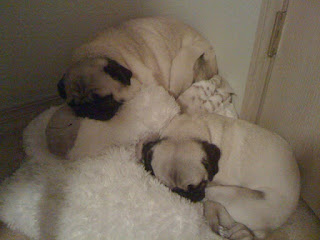 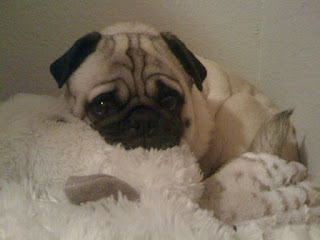 Our Mom had this brilliant idea of putting Stella's fuzzy carrier and the fuzzy lamb, which is actually a cat's bed, in the corner of the guest bedroom. Let me tell you that this spot brings out the best in me...
Posted by Rita R. Carreira at 9:18 AM 1 comment: